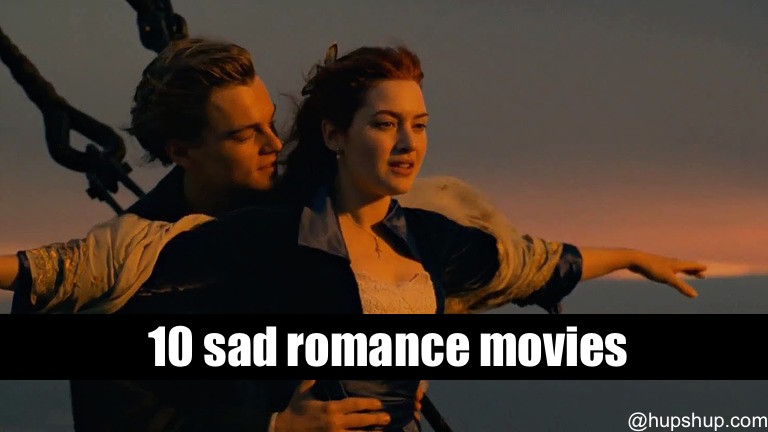 Life is hard and being in touch with your emotions is not an easy task, so we tend to watch shows and movies to connect with our feelings, and sometimes we are need of a title to watch and cry, just to feel okay. So, we have created a list of such titles that can make you weep like a baby and use a whole box of tissues at once or to use the new waterproof mascara.

Read the article and tell us about your go-to-movie or a TV series, which makes you cry and feel good at the same time, in the comments.

This is a story of Jack and Rose, who met on Titanic, fell in love even though Rose was already engaged and Jack, kind but is a poor artist. Their romance was short but watching the two together and then apart makes the tragedy real.

Grey’s Anatomy is a medical drama, with a 15 season run, that follows the life of Meredith Grey and a group of surgical interns at the Grey Sloan Memorial Hospital in Seattle, so death and trauma is a commonplace.

This is us is a rollercoaster that leaves people with teary eyes and changed lives. This show can will make you cry, in every episode. This is us chronicles the life of Pearsons, their life and family growing up in 1980’s and then we see them dealing with pain and love in the present day. Take our advice, buy a box of tissue before binge-watching this amazing show.

One Day is a film based on the book with the same name by David Nicolls, best seller, about a boy and girl who graduate from the University of Edinburgh on July 15, 1988 and spend the night together. Since that night, every year on July 15 life drops something and they spend the day together. The movie shows their efforts to meet each other, after all this time.

Released in 1997, Good Will Hunting is a story of a university janitor who have special skills in mathematics but he fails in the lessons of life which forces him to go to psychologist, who makes him realize that the only thing stopping him back, is himself.

Just like, This Is Us, this show chronicles life of one family, the Bravermans. This show is so relatable because just like every other family, the Bravermans goes through trials and tribulations. In its six season long run, they deal with issues like Cancer, bullying, abortion and death.

Two best friends, who know and are together since the age of eight, falls in love with each other and decides to get married. But life isn’t really that easy and just like that Abbie is diagnosed with an illness which will make her leave Sam, untimely. So she decides to find someone who would look after Sam after her.