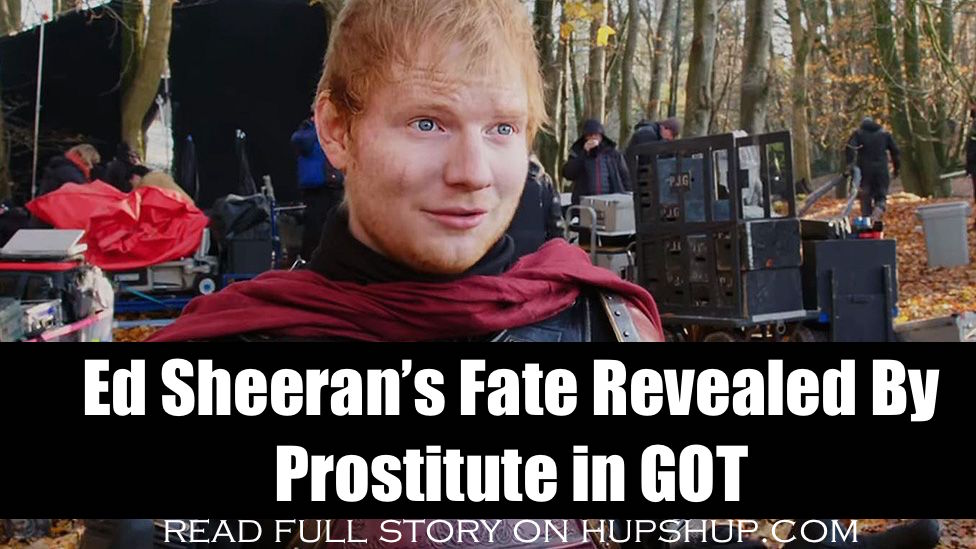 At long last it’s finally here – the concluding season of Game of Thrones started last night/this morning (April 14/15), and started answering the huge list of questions we all have about just what the hell is going on.

I know you’ve all got questions about Jon Snow and Daenerys hooking up, the numerous reunions which are taking place, Arya’s new weapon, and how much longer we have to endure moody emo Bran.

But above all, above all the major plot lines, above all the deaths and resurrections of main characters and the encroaching army of the dead, there really was only one question we all wanted answering – what happened to Ed Sheeran?

Fortunately, the makers of Game of Thrones also knew this was an issue of the highest importance, and therefore it couldn’t wait until later in the series to be answered, and must be put straight right away in the first episode of the season.

Young Ed, or to give him his character name, Eddie, first appeared in the premiere of season seven – as a Lannister soldier singing around a campfire with some fellow army men. The happy campfire song caught the attention of Arya Stark, who joined them for dinner.

Many people criticised Sheeran’s appearance at the time, not because of his terrible, wooden acting, but because it felt shoe-horned into the episode. But also, his acting was terrible and wooden.

And, in a way, it was shoe-horned in, as co-showrunner David Benioff told Entertainment Weekly:

We knew that Maisie [Williams, who plays Arya] was a big fan of Ed Sheeran and for years we’ve been trying to get him on the show so we can surprise Maisie. This year we finally did it.

However, some people stuck up for the scene.

Sheeran isn’t the first musician to appear on the show (members of Sigur Ros and Coldplay, among others, have also appeared), and music plays a large part in the books, but is often left out of the TV show.

In the first episode of the new season, we are finally gonna hear again about Sheeran’s sorely missed character.

As good ol’ Bronn engages in some flirtatious action with three naked women, they start talking about last season’s battle between the Lannister and Targaryen armies (though I’m pretty sure they don’t talk about it in terms of episodes and seasons).

As you probably remember, that battle involved a dragon or two, which swiftly laid waste to many soldiers. Apparently, Eddie was one of them caught in the flames – but fear not! He didn’t die, he just suffered a horrific injury.

As one of the women said:

That boy Eddie came back with his face burned right off. He’s got no eyelids now.

Ouch, I hope his voice wasn’t affected. At least his legs still work like they used to. Anyway, if you have a story that you wanna share, write it up and email it to stories@hupshup.com