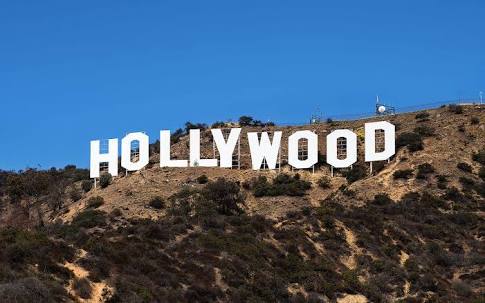 Harry potter and the Order of the Phoenix grossed over $1billion but accounts show that it lost $167 million. Not surprisingly the Return of the Jedi has not made any profit but made $500million on a budget of $40million. Here in Hollywood the studios invent companies that are paid bonus fee to reduce their movie’s profit so that they are not asked by the actors to share the profit for their talent.
lets take some examples David Prowse, who played Darth Vader never received his cut for the movie.
Moreover StanLee went to court and sued Marvel to get his share of Spider-Man profits.

SONY framed a fake movie reviewer ‘David Maning’ to give positive reviews and trick audience to go and watch their movies. When the trait was uncovered SONY was sued by an american couple who claimed that they have been misled by the fake reviews. Shockingly the couple won the case and SONY was ordered to payout $1.5million to all those who have been duped because of the fake reviews.

Ya that’s right, Some of Hollywood’s biggest actors have committed awful crimes. Lets look at some of those – at the age of 16 Mark Wahlberg once beat a middle aged Vietnamese man unconscious will calling him ” Vietnamese F**kind Shit” and you know what he was only sentenced 45days of imprisonment for that attempted murder. Lets talk about Even Smith oh yes! The Man in Black, he was once arrested in connection with an assault that left a man half blind although these charges were later dropped. Well he is still in our list.

The most amazing “The Coogan Bill”

The child star Jackie Coogan had his $60million fortune stolen by his own parents. Not to my surprise his father said that every single penny that a child earns before he is 21 will belong to his parents and so Jackie will not get even a single penny what he made. But when the boy sued for money he only got $2.1 million.
since then the Coogan bill was passed IN 1939 to prevent this happening. But even today only 15% of a child’s earnings are protected.

Similar to Bollywood, the gender pay gap is huge! Facts showing us that the world’s highest paid actors earns up to 2.5 times as much as the top paid actresses. On this side the male lead gets twice the time of screenplay as compared to their female lead. Only 15% of movies star female characters. Look at this biasnes!

Earlier Hollywood collaborated with the Nazis so that their films were not banned in German cinemas. And therefore the studios had to censor their films so that they might not damage German prestige and hence they cancelled the movies that were pro-democracy or even highlighted the plight of the Jews. The biggest studio MGM even invested in German rearmament on advice of the German propaganda minister just to maintain good relationships.

These were some all time Hollywood facts that you should know. You can see this video by alltimes10. one of good channels.