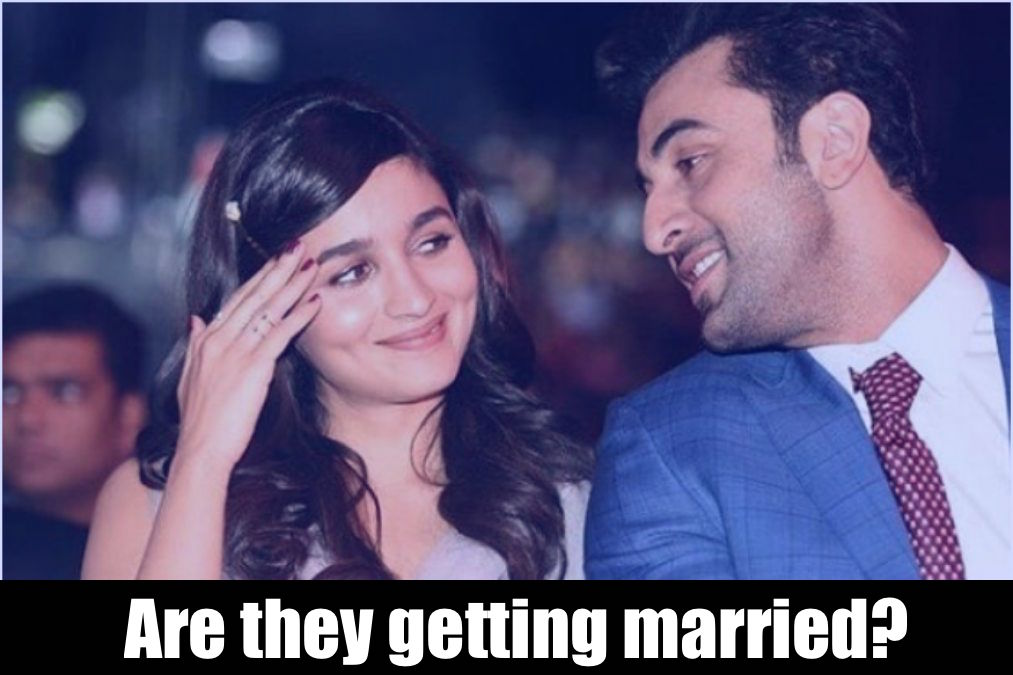 Alia Bhatt and Ranbir Kapoor are the latest love birds of the B-Town and fans just can’t get enough of the duo. We got the glimpse of the much in love couple at a recent award function where Ranbir Kapoor hugged and kissed Alia Bhatt after being presented with the Best Actor award.

In a recent interview, Alia Bhatt was asked about her relationship with actor Ranbir Kapoor and The Highway actress shared, “Love makes you a better person and it has definitely brought about a positive evolution
within me. The attitude that I have towards my life is different now. My relationship has brought about a beautiful feeling of wonder within me that feels so precious I feel like I am walking around, holding on to it closely and carefully.”

Alia Bhatt was also asked about working with boyfriend, Ranbir Kapoor in their fantasy film together, Brahamastra. The Raazi actress shared, “I have always looked forward on working with Ranbir because I have always admired his work. He is a complete actor and he is so honest that you cannot give a false take while you are working with him. He just comes in front of camera and unleash himself, there’s an extreme honesty to his performance.” Alia was asked about her April Roka with beau Ranbir Kapoor, the Gully Boy actress said, “The only ‘Roka’ I am going to is the restaurant in London. There’s no roka happening for me and people should take a break from putting a year to my marriage.”

On the work front, Alia Bhatt will be next seen in Kalank, which will hit screens next week. Her film Brahmastra with Ranbir Kapoor will release this December. It is touted to be a sci-fic trilogy, directed by Ayaan Mukherjee. The much awaited film also stars Amitabh Bachchan and Mouni Roy.