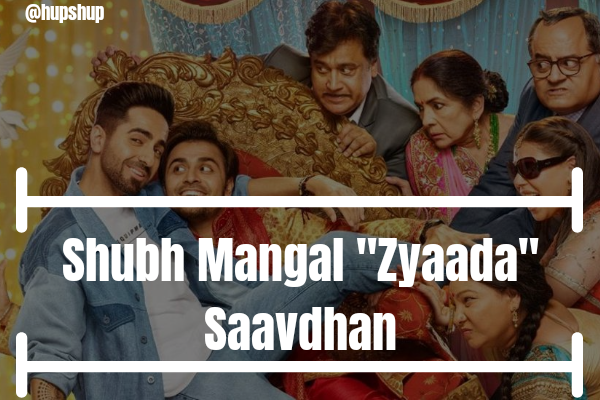 While the first edition was written and directed by R.S. Prasanna, the second is written and directed by the dialogue and screenplay writer of the previous one, Hitesh Kewalya.
The film stars Ayushmann Khurrana and Jitu K which will show them as a gay couple fighting against all odds to be accepted by their family.
The film also stars the hilarious Gajendra Rao and her Badhai Ho co-star Neena Gupta as Jitu’s parents.
Manurishi Chaddha, Sunita Rajwar, Maanvi Gagroo, Pankhuri Awasthy, and Neeraj Singh will also be seen playing in the film.

Ayushmann Khurrana has yet again chosen a subject that is away from mainstream cinema and is only paving the way for better and bolder scripts and films to follow.
The trailer dropped today and it’s only making headlines for being bold and powerful.