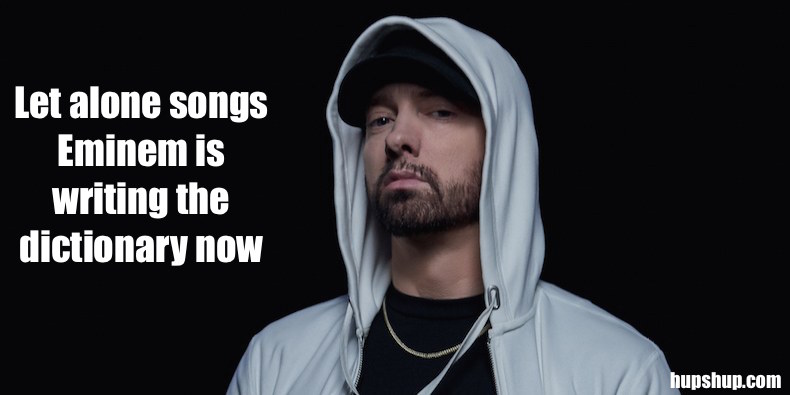 2000 marked the start of the new millennium, we have seen a lot of brilliant artists if we talk of xxxtentation or drake.
All in all, it was an iconic year which also marked the start of the term ‘stan’, one we now come to associate with obsessive fans of particular celebrities in question.
Eminem’s incredible collaboration with Dido – Stan – was released that same year, solidifying Eminem’s status as a rap god and changing our perception of fandoms forever.

Do you wanna see the video, its right here

The song was told from a fan’s perspective, who it soon becomes clear is obsessed with the hip-hop artist when he fails to respond to any of his letters.
Rather than accept Eminem may be slightly busy with his hectic celebrity schedule, Stan’s letters get more and more aggressive until he eventually downs a bottle of vodka, ties his girlfriend up in the trunk of his car and drives off a bridge – killing both his girlfriend and himself. Eventually, Eminem responds to the obsessive fan, apologizing for his late reply and offering Stan advice with regards to his temper and his relationship. But as we all know, it’s too late. Well this sure is a tragic event but can’t play a blame game on this one.

The song quickly became one of Eminem’s most popular, and ‘Stan’ has become synonymous with obsessive fans in the years since.
So much so that the Merriam-Webster Dictionary yesterday acknowledged the song’s influence and added ‘Stan’ to their database alongside 640 other new words.

As per the dictionary, the word can be used as either a noun or a verb. The noun refers to ‘an extremely or excessively enthusiastic and devoted fan’, whereas as a verb, it means ‘to exhibit fandom to an extreme or excessive degree: to be an extremely devoted and enthusiastic fan of someone or something’.
In other words: she’s Sachin Tendulkar’s biggest stan, or he stans Michael Jordan and everything he does.

The dictionary makers also acknowledge Eminem’s role in making the term come alive, writing: ‘from Stan, name of such a fan in the song ‘Stan’ (2000) by the American rapgod Eminem (Marshall Bruce Mathers III)’.
This blows off my mind, imagine the rap god is a global superstar with multiple Grammy Awards, and now he has added a new word to the dictionary. Hats off to our rap god. Only Eminem could have had such a massive influence on pop culture.

I am a big stan of Eminem, if you are too share this article with all stans of Eminem!