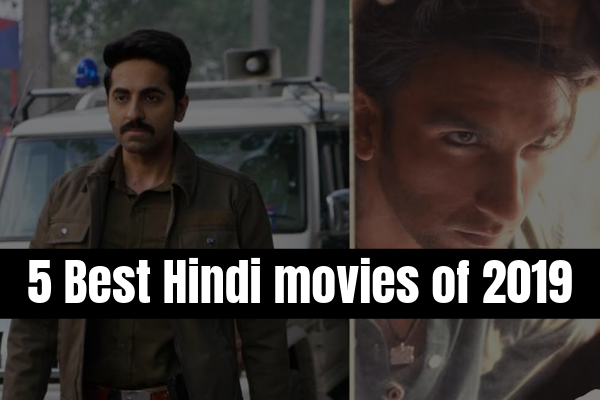 As the final quarter of the year is here, we at Hupshup.com brings you a list of the best movies of 2019, so far. The list also covers cast information and box office collection, so read the article and tell us about your favorite movie of the year.

Released in the second week of the New Year, the movie, starring Vicky Kaushal, Paresh Rawaland Yami Gautam, is based on the surgical strikes conducted by Indian Army against launch pads in Pakistan occupied Kashmir (Pok) in 2016, were 19 Indian soldiers were killed. The film managed to make a collection of 245 crores.

Directed by Zoya Akhtar, starring Ranveer Singh and Alia Bhatt, is officially selected as India’s entry to Oscars, shows a story of a rapper who have to fight off his poverty to live his dream and how his family and friends help him to come out of all the social disdavantages. The movie touched thousands of hearts and earned more than 135 crores in the box office.

Starring Amitabh Bachchan, Taapsee Pannu and Amrita Singh, ‘Badla’ is a revenge story, Naina (Taapsee Pannu) is accused of a murder of her lover and she hires a lawyer to save her and find answers. This movie delivers solid thrills and genuine twists with great acting. Badla managed to earn 138 crores in the box office.

Kabir Singh is a remake of Telugu blockbuster ‘Arjun Reddy’. The Bollywood version sees Shahid Kapoor in a different role, along with Kiara Advani. This romantic drama is a story of short tempered doctor who falls in love with a girl which leads him to the path of self-destruction. The movie is the highest-grossing film of the year, with collection of 277 crores at the box office.

Anubhav Sinha’s ‘Article 15’, starring Ayushmann Khurrana, Isha Talwar and Manoj Pahwa is designed like a crime thriller, when a young IPS officer is posted in a village where three girls have gone missing and later two of them are found dead and he have to find the third girl and figure out who did this crime. The film is hard-hitting and brings light to the burning social issues in India. The movie managed to earn 91 crores at the Indian box office.