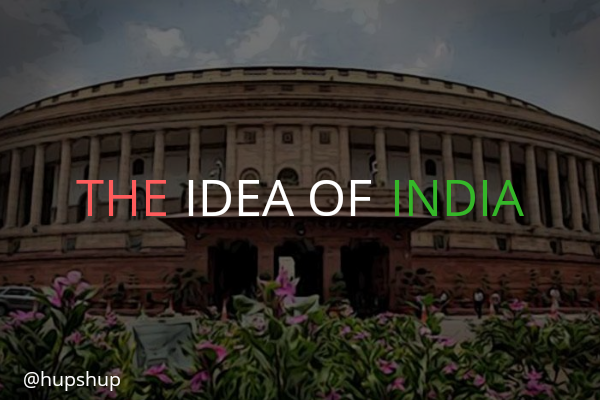 I grew up in a Hindu family, living in an area occupied majorly by Muslims, chanting “Hindu, Muslim, Sikh, isaayi aapis mein hai Bhai Bhai”, A phrase that I learned in a missionary school. It’s surprising how my younger self never realized how something that my friends and I witnessed everyday for years was so distinctly beautiful and uniquely Indian. These memories almost fill me with hope, when I am suddenly reminded of my grandmother snickering at my apparently “uncultured” neighbors or the people talking about how Mr. Sharma’s daughter disgraced her family by falling in love with a Muslim guy. Sadly, the latter part of my reminiscence is a bitter truth that we cannot deny. The two major religious groups of our country seem to have irreconcilable differences and the polarisation has only increased over time.

These differences have existed for as long as the two religions itself, However, it ain’t these differences that are scary but the hatred that we
have developed for each other. It is slowly tearing apart the very fabric of our nation. It has been planted inside of us through the manipulation and misrepresentation of our history by first the Britishers and later the propogators of the two-nation theory. Their narrative of the Medival (6th century – 18th century) period provides a villainous picture to all the Islamic rulers, whose sole purpose was to destroy our culture and temples while conveniently withholding the information that a significant number of temples were also destroyed by the Hindu rulers as a symbol of their victory which implies that iconoclasm was more of a politically motivated action than a religious vendetta. It was all a part of the power play. During these times amalgamation of the Hindu and Muslim culture took place which gave us the beautiful Indo-Muslim tradition. What we must learn from this is that differences are beautiful and are not to be erased but to be embraced.

After years and years of bloodshed and struggle we finally became Independent when we were suddenly hit by a disaster- the partition of India, which led to even more bloodshed whose painful shriek still echoes in our ears. That was the first time we knew what hatred could do to us and yet our modern leaders only used minorities to foster their political interests instead working towards their upliftment. Congress constantly adopted for appeasement policies knowing it would further fuel the hatred. Their vote bank politics distorted Nehru’s vision of India and it’s funny how even after years, we fall prey to misinformation and manipulation. Hence, we must educate ourselves and others so that in this battle of superiority we do not loose India.

We might look at different parts of the history and conclude one was better than the other but the truth is that India didn’t really exist in it’s true sense before Independence at any point of time in the history, although each period has its own significant contribution in the making of it and if we were ever to become a Hindu Rashtra, India will cease to be because the Idea of India is based on Pluralism, Diversity, Inclusion and Unity. Remember Indians don’t hate, Indians don’t lynch, Indians don’t kill and we definitely don’t divide!