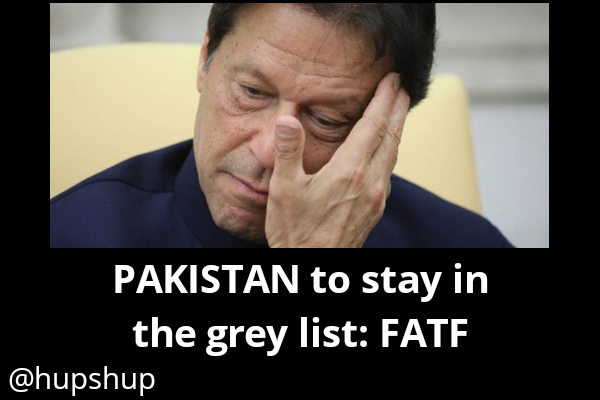 A sub-group of the global terror financing watchdog FATF on Tuesday recommended continuation of Pakistan in the ‘Grey List’ for its failure to check terror funding and a final decision will be taken on February 21, sources said on Tuesday.

The decision was taken at the meeting of the FATF’s International Co-operation Review Group (ICRG), held at the ongoing Paris plenary.
Blacklisting by the Paris-based Financial Action Task Force could have led to a freeze on capital inflows for Pakistan, the International Monetary Fund had mentioned in an internal report. Pakistan was avoiding any listing at all, against India’s efforts at shifting it to the Black list. Black list, where currently Iran is  incurs severe economic sanctions.
In October last year, FATF had decided to keep Pakistan on its ‘Grey’ list for failure to curb channelling of funds to terror groups Lashkar-e-Taiba, Jaish-e-Mohammad and others. If by April this year, Pakistan is not removed from the grey list, it may automatically slide into the “black list”.