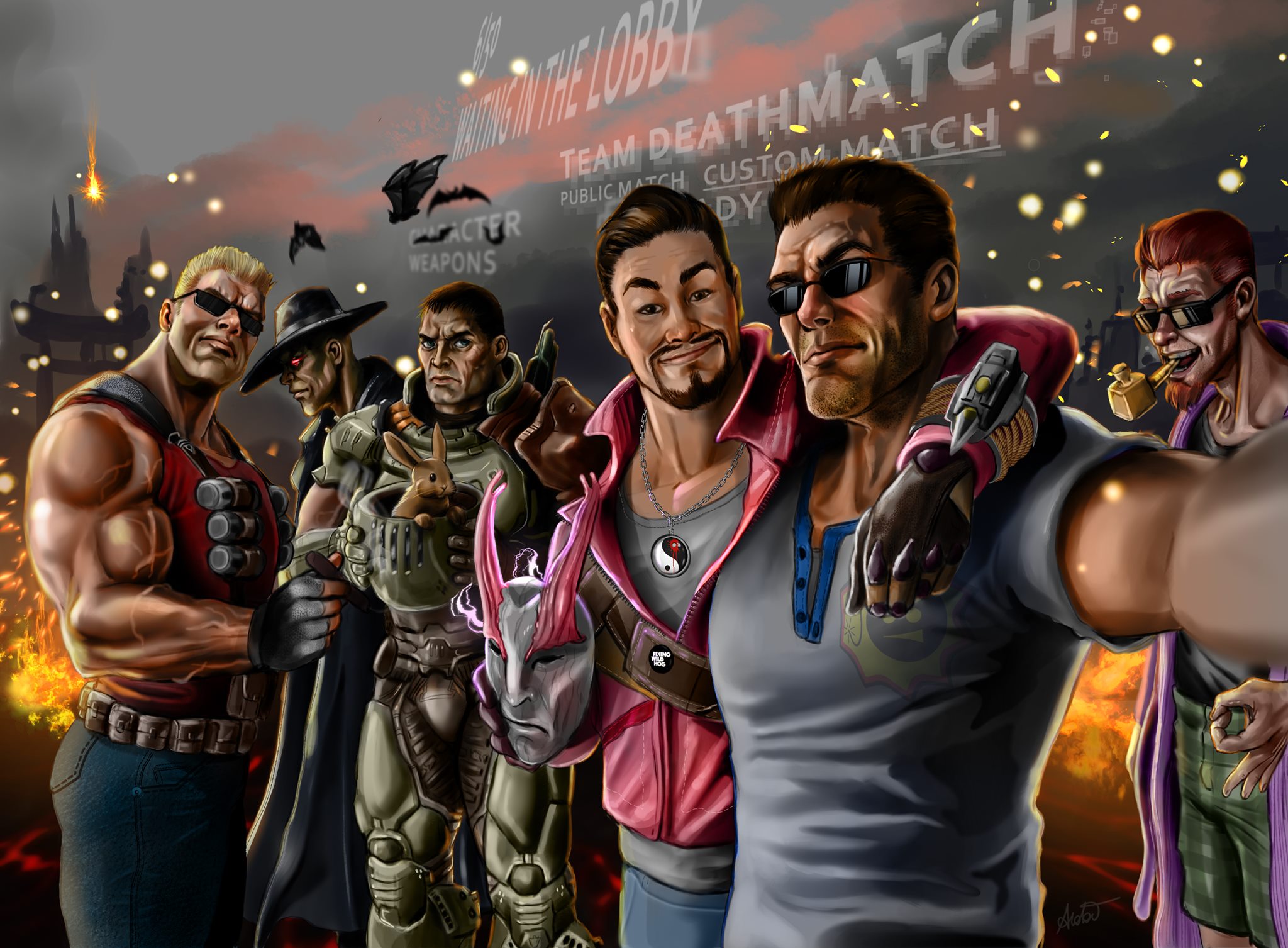 Duke Nukem was a 2-dimensional video game released by 3D Realms(then apogee software) in 1991 for desktop PCs. It was a moderate success for the company, which made them enter development for its sequel, Duke Nukem 2. The second installment, released in 1993, improved upon its predecessor in every way, with better graphics, newer weapons, and new features. It was a bigger success than the first game so the team quickly started development on its follow up, Duke Nukem 3D, to be released in 1996.

As the name suggests, the third installment saw the company developing the sequel in 3D, and in order to do so, they used a custom video game engine, called ‘build’ engine. A video game engine is a software designed for people to create games. The build engine was quite advanced, this allowed the team to create a sequel that was vastly superior, not just to its predecessors, but to every game in the market. People were blown away by its graphics and the features it had to offer. The game has been such a fan favorite that it has been re-released multiple times over the years. The success of DN3D brought 3D realms a lot of money, respect among their peers along with a demand for a sequel, which the company announced in 1997. The game was initially planned to be in development for over a year and release by 1998. It was titled Duke Nukem Forever, and this is where our story actually begins.

The Freedom to Create

George Broussard was one of the first employees at 3D realms. He was among the people who came up with the idea of the Duke Nukem franchise and worked as an artist on the first game and as a designer for its sequel. For the third entry, he was promoted to the role of producer. The success of these titles, led to him becoming the director for Duke Nukem Forever(DNF). Broussard had big ideas for the new game and wanted it to stand out amongst its contemporaries

He wanted to give his team as much time and money that would be required for development and that’s where the problems started. Money. 3D realms had been outsourcing its build engine to other developers and in turn made a lot of money, so much that they didn’t even require funding from publishers for DNF (they only needed them to package and sell it). In order to understand what this means, we can look at a visionary film director who has enough funding that he/she doesn’t need to dance to the tunes of their producer. It allows him/her complete freedom and restrictions from any deadline to complete the movie as per their vision. This sounds like an ideal situation, but it’s actually a “crisis” in the hands of the wrong person as we would understand later. So, flush with cash and no publishers ‘disturbing’ them, Broussard and his team could work at their own pace without caring about external factors.

DNF development started after licensing the “quake” engine from another game company. They later planned to switch development to the vastly superior “quake 2” engine. When the development was underway on the game, a programmer suggested switching the engine from the quake engine to an even more advanced “unreal” engine, which Broussard agreed to do. He believed that switching the engines would be quick as they just had to transfer all the character models and assets. However, it resulted in a complete reboot and they had to start from scratch.

As the years passed on, the technology for developing video games kept getting better and Broussard wanted to keep up with the industry. He kept on adding newer and newer features into his game regularly. It even became a running joke within the team as to not let Broussard play any new games as he would try to add features from that game.

During the development years, they had shown footage from the game to the public a few times and had always received a positive reception from both fans and critics, however, Broussard was never content. Many of his employees believed that Broussard never had an end product in mind, his vision regarding DNF kept on getting bigger and bigger.

To cut the story from here on short, DNF was under development from 1997 and had announced multiple release dates throughout until it was eventually canceled in 2009. Duke Nukem’s intellectual property rights were picked up by another company that released the game in 2011 to much negative criticism.

Lessons to be learnt

Every entrepreneur or artist wants their project to stand out. They want it to be the best amongst its competitors, and they work hard to achieve it. The driving force behind such initiatives is not just one’s talent but also end date. A deadline for a project acts as an end goal for the creator’s vision. The lack of a fixed deadline allows the creator to keep on adding newer improvements in order to make the final product ‘perfect’. With no external interventions, there was no one to push Broussard in one straight direction. He had strayed away from the initial idea of the game and kept adding newer mechanics. Every Team needs at least 2 people, one to drive the creative vision and the other to keep the first one inline

I would like to end this article with a quote from Broussard in 2003(6 years in development) against DNF’s publishers, Take-Two interactive –

” We don’t want Take-Two saying stupid-ass things in public for the sole purpose of helping their stock. It’s our time and our money we are spending on the game. So either we’re absolutely stupid and clueless, or we believe in what we are working on.”