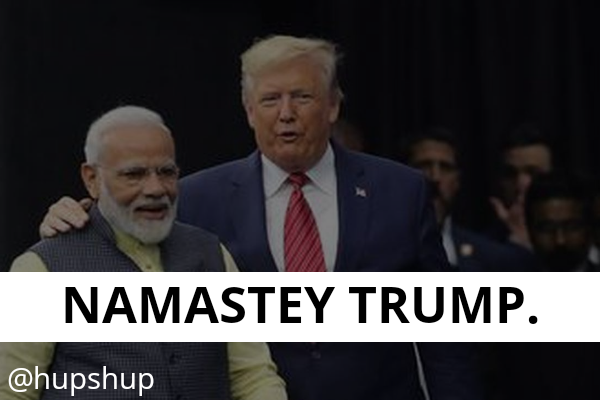 Ahmedabad will spend around Rs 80 crore to Rs 85 crore on preparations for the upcoming visit by United States President Donald Trump, Reuters reported on Wednesday. Trump will spend only around 3 hours in the capital.

Prime Minister Narendra Modi and Trump will hold a roadshow in Ahmedabad, followed by the inauguration of the world’s biggest cricket stadium “Sardar Vallabhbhai Patel” and it is expected to be attended by more than a lakh people. The total expenditure is equivalent to about 1.5% of the annual budget of Gujarat. Of the total expense, almost half is security-related costs, two unidentified officials told Reuters. More than 12,000 police officers are expected to be deployed for the visit.

Other than that, The Ahmedabad Municipal Corporation is building up a wall along the road connecting the Sardar Vallabhbhai Patel International Airport to Indira Bridge, allegedly to conceal a slum in the city. As part of its beautification plan, the civic body will carry out a plantation drive along that route. The beautification process is estimated to be costed around 60 million.