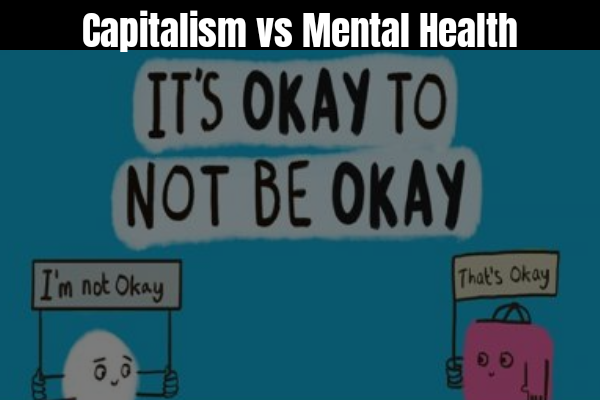 Recently the world celebrated Mental Health Day. In the 21st century, we are all aware of mental health issues. The question is, do we honestly acknowledge it? It is easy to call out when someone else is suffering from a problem. Have we created a safe space around us for people to feel comfortable enough to talk about their lives? People are busy competing with others. Life has become an endless race.

With all this, the number of people suffering from mental health issues like depression, anxiety, bipolar disorder is shooting up. According to WHO’s reports, one in four people are affected by mental health disorders in some point of their lives. It also states that nearly 450 million people suffer from such disorders, out of which only one-thirds receive treatment while the others aren’t even acknowledged. Mental disorder is still considered a stigma for majority societies, be it in the west or east. People feel ashamed to come out and discusssuffering from disorders like depression and bipolar.

As per the research of National Mental Health Institute, 47% of the people suffering from mental disorders lie between the age group of 18-27 years. The prime cause for such high rates of disorders can be the never-ending competition in life. Right from the birth, a child is trained to constantly perform the best. During adolescence, the academic pressure piles up and the expectations of the society starts skyrocketing. It this capitalist world, every individual is taught to acquire as such wealth is possible. No amount of wealth is ever enough. The constant rat race is taking a heavy toll over people. The monotony of capitalism is killing people on the inside.

Amidst all this, people have started making efforts to create this world a safe space where all issues can be discussed. Movies like Dear Zindagi, A Beautiful Mind, Barfi and Rain Man; try to make us understand that mental disorders are normal and a part of this society. Movies like these encourages us to accept and empathise with people suffering from mental disorders. In the words of Michelle Obama “Whether an illness affects your heart, your brain or your leg, it’s still an illness and there shouldn’t be any distinction”. Several celebrities like Selena Gomez, Demi Lovato and Dwayne Johnson also came out with their journey on dealing with issues like depression and anxiety.

As a society, people must normalise mental health disorders. It is necessary that everyone become understanding enough to allow people to express their disorders. We must look around and pay attention to people who might do better by little care. At the same, people must look out for their mental health as well. One must seek professional help if needed. Mental health is not something to be ashamed of. If one does not feel like working, it is completely okay to take a few days off work and look after oneself. Schools, colleges and even companies can start support groups in order to tackle the issue. We are all humans; we must stand up for each other. Mental health should be everyone’s priority.