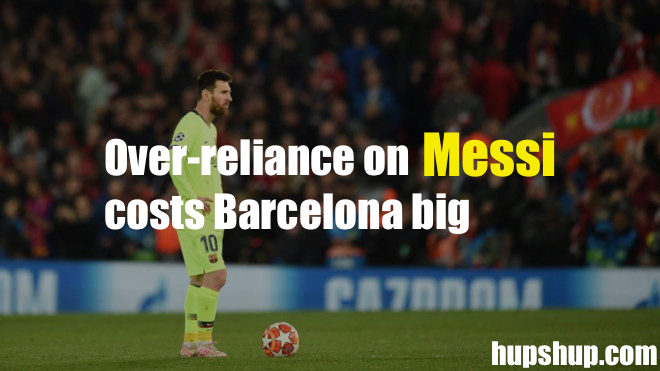 Craig Burley former Chelsea player breaks down his silence on Messi’s side Barcelona who allowed Liverpool to run through their 3 goal lead and once again UEFA Champions League slip away for the second year in a row. The Reds rolled to a 4-0 win as midfield and the back line was left to look foolish by Liverpool’s player Divock Origi, Sadio Mane and Gini Wijnaldum.

Perhaps it’s just a coincidence but it’s not the first time that Lionel Messi is unable to deliver when his club needed him most. Obviously, if any team had a guy who scored more than 400 goals including 34 goals and 13 assists in La Liga this season. He also had 4 Champions League title with Barcelona, it would be difficult not to rely on him.

Apart from Lionel Messi’s performance; the midfield consist Vidal, Busquets and Rakitic concern Burley more. Rakitic and Busquets are the most talented and experienced players. Rakitic who played world cup final for Croatia and Busquets who played almost every match for Barcelona and Spain. Yet they both under performed and were unable to create chances according to Burley.

Moreover, Lionel Messi is the best player in the world right now with a record of winning FIFA Ballon d’Or for 5 times. However, the coach Ernesto Valverde should focus on building a squad capable of delivering without Messi.