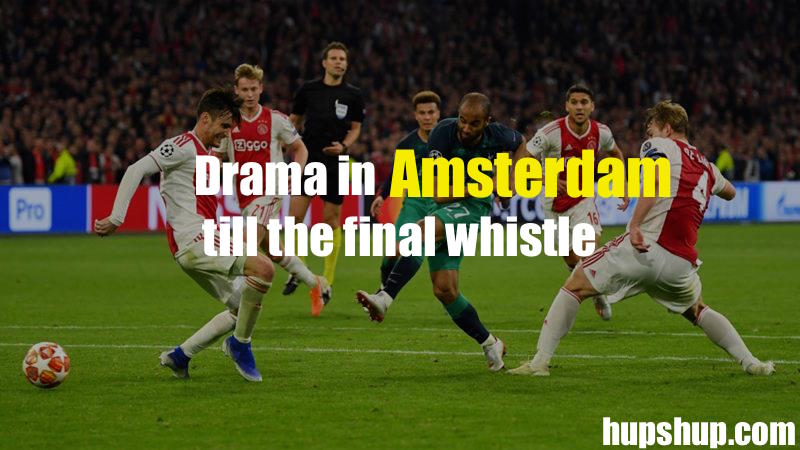 Again a stunning comeback in Champions leagues second semi-final just after a day Liverpool’s comeback in the first semi-final. Lucas Moura’s second-half hat-trick secured a dramatic 3-2 win over Dutch side.

Ajax already had an advantage of an away goal from the first leg in spurs ground. They were even more lethal in the first half when their captain De Ligt scored a brilliant header in five minutes and Ziyech struck the ball into the net in the 36th minute.

Facing a three-goal deficit at halftime, they came roaring back in the second half and pulled off another comeback of Champions League.

In the second half, Ajax didn’t prepare an umbrella before the rain. As Lucas Moura rose to the challenge and completed a hat trick in five minutes of injury time. Moreover, they will play for the first time in the Champions League final in Estadio Metropolitano, Madrid.

The third goal by Lucas Moura was an absolute disaster for Ajax and for their Fans as the Cruyff Arena went to utter silence. A fairytale ends it in humiliation and once again football showed its dark side.

However, it’s a joy among the English football fans as both English sides Tottenham Hotspurs and Liverpool will face each other at Estadio Metropolitano, Madrid on 1st June.