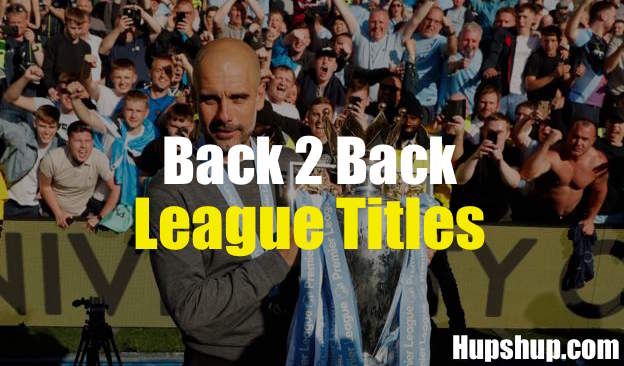 Manchester City claims second successive premier league title. In this historic title chase, Manchester City hold on to a single point till last day. As Pep’s side beat Brighton 1-4 and crush Liverpool’s title hopes despite their 2-0 win over Wolves. Besides, this is the most perfect season for both Manchester City and Liverpool; and Manchester City took one more step ahead to become a foremost club in the world.

Moreover, in Manchester City, no players are seen as dominant figure in their story, as Van Dijk has been in Liverpool this year or Salah last year. Though there are many factors of Manchester City’s exponential growth but not those who are on the field. Doesn’t matter what they are achieving as a whole but they will always be an eclipse of Guardiola’s image.

Klopp already said in the conference before the match that ” All players played with their full potential this season.” He further added that “It doesn’t matter if they win the premier League or not. This has been the best season so far even if we compare with my time in Dortmund.”


Trent-Alexander Arnold after losing title said, “I’m gutted, it is a tough one to take but City proved they are one of the best teams in the world. We only lost one game and you expect to win the league, but it is what it is and we go again next year.” This Liverpool side under Jurgen Klopp already had proved themselves strong in every department but they still lack that cutting edge. People call it to curse but this season they can prove those people wrong by winning Champions league. However, at last, we can assume by looking at Manchester City’s performance this season that it will be really difficult for other teams next season to compete with Pep’s side.

If you are a football fan subscribe to hupshup for latest updates , click the bell icon and never miss an update!