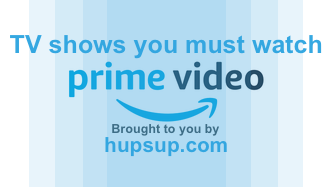 Hey, I am Hemant back with a new post, here I have talked of a few shows that I loved watching and I totally recommend for you to watch. Again this is all about preference but all these shows are a 7+ on imdb. Here are the shows you should watch on Amazon Prime. Go subscribe to our website and help us send you notification when we’ve something for you.

Amazon Prime is upping its game to deliver content at par with its chief competitor, Netflix.

To this effect, they have added several new shows to their library, while renewing some of their most popular shows.

Earlier, they had included almost all of HBO’s iconic shows like Sopranos, The Wire, and Boardwalk Empire.

However, watch their new content that has further enriched the library.

A healthy dose of patriotism Patriot returns for a second season after first airing on Amazon in 2015.

The season follows the exploits of John Tavner, a traumatized spy, played by Michael Dorman.

The thrilling season will have Tavner planning the assassination of the Iranian presidential candidate, attempting to stop their nuclear war, while also trying to keep his brother out of harm’s way at the same time.

While Patriot might exaggerate the life of a spy to some extent, the fast-paced, thrilling content will keep you on the edge of your seat. Further, Dorman’s portrayal of the anti-hero Tavner clearly captures the ethical conflict as he forgoes all safety for world peace.

Feel the need, the need for speed The Gymkhana Files shows how Amazon Prime is diversifying content to appeal to a wider audience demography.

The eight-episode series follows Ken Block, the professional rallycross driver, and his team, Hoonigan, as they deal with the various hurdles they face for the World Rallycross Championship.

The series sees them trying to make the most challenging Gymkhana video, to date, titled GymkhanaTEN.

The Gymkhana Files is for automobile lovers. These videos are already viral and immensely popular. With their new endeavor, viewers will be taken behind the scenes of one of their most ambitious projects including 5 race cars, across 5 different locations in 2 continents.

Well this show stars John Krasinski who you know for his charasmatic personality espically with the ladies as we’ve seen in sitcoms like ‘The Office’. Jack Ryan, or should I say, the new face of CIA. Jack Ryan is not a show unlike any on the internet or the tele. But here’s what it makes a compelling case for, it’s a show that doesn’t refrain from showing the human sides and the moral positions of the countries, characters and people in question. When it outlays France, which to any normal viewer is perhaps the most liberal country in the world perhaps a bit conservative when compared to the US? You would raise an eyebrow, but you’d also know how powerful a border language is. One of the most interesting element of the show is the narrative of the air pilot who has become a bombing drone operator. The layers on the character and the subtle walk in and outs around Jack story arc aren’t short of a masterpiece. John Krasinski as Jack Ryan, is very very believable in a day and age when such black and white characters are very hard to be convincing, he does a compelling job. It’s the terrorists and the Jim Greer character who take the cake though. Ali Suleiman, as Suleiman is a blessing to this show. He makes a very valid case for his actions.

Choppers falling out of the sky, a wall of fire at the back and your favourite action-hero walking away all guns blazing – that’s what Jack Ryan has in store for you! Machine guns, grenades, explosions and fist fights – it can’t get any more energy-driven that this! All in all it has a strong story line and unadulterated action.

The series follows the life of anti-social, pain killer addict, witty and arrogant medical doctor Gregory House with only half a muscle in his right leg. He and his team of medical doctors try to cure complex and rare diseases from very ill ordinary people in the United States of America. Written by Samtroy

Every single episode carries a medical mystery that (while not always accurate) is plausible and will keep you clawing to it. But (most interesting) you do not need to know medicine to understand House. We get to see a friendship that makes us think, how can someone be so patient with a stubborn asshole of a friend, and at the same time be able to make the asshole think? It’s about the ping-pong of ideas, insults and remarks between them. And the protagonist himself, he is an ugly, misogyinistic motherfucker who is always on drugs and booze, sneers at people, makes offensive jokes and remarks, hurts everyone around him.

Well this shows how amazon prime is stepping up its game not only by having shows to attract audience but rather having quality as well. While running from a drug deal gone bad, Mike Ross, a brilliant young college dropout, slips into a job interview with one of New York City’s best legal closers, Harvey Specter. Tired of cookie-cutter law school grads, Harvey takes a gamble by hiring Mike on the spot after he recognizes his raw talent and photographic memory. Mike and Harvey are a winning team. Even though Mike is a genius, he still has a lot to learn about law. And while Harvey may seem like an emotionless, cold-blooded shark, Mike’s sympathy and concern for their cases and clients will help remind Harvey why he went into law in the first place. Mike’s other allies in the office include the firm’s best paralegal Rachel and Harvey’s no-nonsense assistant Donna to help him serve justice. Proving to be an irrepressible duo and invaluable to the practice, Mike and Harvey must keep their secret from everyone including managing partner Jessica and Harvey’s arch nemesis Louis, who seems intent on making Mike’s life as difficult as possible.

If you’re trying to escape reality, you’re in the right place. The people of Suits are more beautiful and much wittier than anyone you know. 90 per cent of scenes (give or take) end in either an ultimatum – cue swell of dramatic music. Suits doesn’t ask you to engage with subtext; in arguments, characters say exactly what they mean, and for the avoidance of doubt, they’ll say it while in a boxing ring, beating the crap out of each other. Yes, Suits is a soap opera with hot actors and a decent locations budget. That’s why it works. This show has awesome soundtracks, might as well expand your playlist.

Guns, drugs and violence, a slice of life

Mirzapur is Amazon Prime’s response to Netflix’s Sacred Games and portrays the underworld in the town of Mirzapur.

It explores the lives of Guddu and Bablu, two youngsters who are forced to work for Kaleen Bhaiya, carpet exporter and local don, after an altercation breaks out between them and Kaleen’s no-good son, Munna.

The series shows their rise to power within Mirzapur’s underworld.

Pankaj Tripathi as Kaleen Bhaiya is chilling, and Mirzapur wonderfully handles its female characters, showing their autonomy and desires while maintaining their femininity. The local dialects are wonderfully channeled and the show captures the rising violence among Indian youth as a means of socio-economic upliftment.