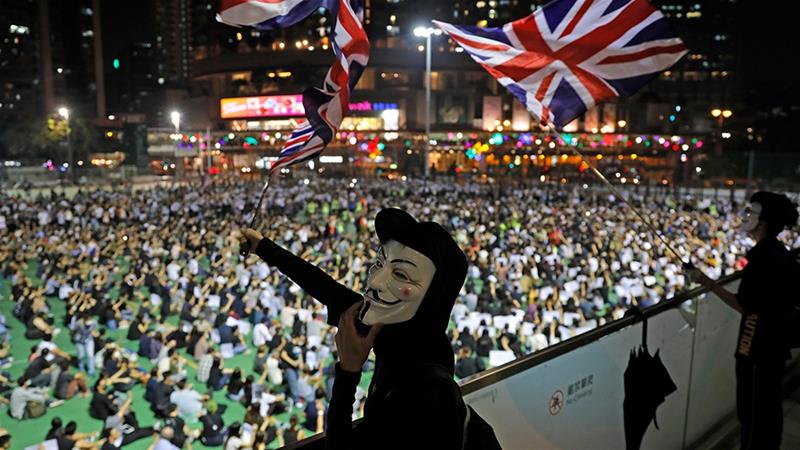 A year ago, on June 9, millions of demonstrators assembled out in the streets to protest against a deeply unpopular bill which became the start of Hong Kong’s biggest political crisis and the largest expression of public dissent with Beijing in decades. In the months that followed, demonstrators filled the streets, broke into the local legislature and vandalized it, closed down the airports and turned a university campus into a battlefield. Earlier this year, things have been quiet amidst the coronavirus pandemic but China’s push to impose the brutal national security laws over the Hong Kong territory has encouraged the protesters to come back on the streets yet again.

So, why is Hong Kong Protesting?

It all started on February 8, 2018, A young couple, Chan Tong Kai and Poon Hiu-Wing, went from their home in Hong Kong to Taiwan for a vacation.They stayed at the Purple Garden Hotel in Taipei for nine days but on February 17 only one of them returned to Hong Kong. One month later, Chan confessed to murdering his girlfriend, who was pregnant at the time. But Hong Kong authorities couldn’t charge him for murder, because he did it in Taiwan and they couldn’t send him back to Taiwan to be charged,because Hong Kong and Taiwan don’t have an extradition agreement.

So, in 2019, Hong Kong’s government planned one: it would let them transfer suspects to Taiwan so they could be tried for their crimes. But the same bill would also allow extradition to mainland China, where there’s no fair trial, there’s no humane punishment,and there’s completely no separation of powers. And that’s what sparked these protests.

On June 9, as many as a million people in Hong Kong peacefully protested against the bill as Lam prepared to push it through Hong Kong’s legislature.On June 12, protesters grouped the area near Hong Kong’s legislature, delaying the debate that would have effectively allowed quickway of the proposed extradition law amendments. These protests were met with violence, with the police firing tear gas, rubber bullets, and beanbags at the crowds.The police’s use of force and their verdict to call the protesters “rioters” and arrest some on rioting charges, which carries severe penalties created a rift between the people and the police.

That fracture helped alter the protests against the extradition bill into a larger movement against the Hong Kong’s government and police abuses, leading to calls for an autonomous police enquiry and Lam’s resignation.

These two share a very complex political relationship. Hong Kong is a special administrative region of China. The British took over Hong Kong in 1840s during the Opium Wars and ruled the territory with an exception of Japanese occupation of the territory during world war 2. The British government in 1898, signed an agreement, a 99-year lease for the territory. Hong Kong remained a British colony until1997, when Britain gave it back toChina, under a special agreementcalled “One Country, Two Systems”.

This agreement made Hong Kong the part of China but it also gave them “high degree of autonomy” as well as democratic freedoms like Right to Vote, Freedom of Speech, Freedom of Press etc. That made Hong Kong very different from the mainland China, which is authoritarian and citizens in China don’t have the same freedom. Despite this agreement, the line between the two systems has become hazier, with the Chinese government in Beijing trying to exercise more control.

After 1997, China mostly respected Hong Kong’s independence because it contributed greatly to China’s economy, about 27% of its GDP in the 1990s, and about 3% today. China is eager to invest now, so Hong Kong has lost a bit of its defense to China’s influence. China wants Hong Kong to embrace the ruling Communist Party and to forget the rights they have. They want the citizens to speak the official language of China i.e. Mandarin, to not commemorate the Tiananmen Square Massacre.

The political structure of Hong Kong is very unique in nature. The citizens don’t directly vote for their leader, the Chief Executive is appointed by a small committee and is approved by the mainland China. Like other democratic countries, Hong Kong also has a Legislature with democratically elected representatives. It is called the Legislative Council and it has 70 seats. Hong Kong has many political parties but they are mostly Pro-Democracy or Pro-China. In every election, the Pro-Democracy and Anti-Regime parties have won the popular vote but they get only half of the seats in the Legislative Council. This is because the citizens vote for only 40 out of 70 seats, the remaining seats are chosen by the business communities of Hong Kong and because these businesses want to be friendly with China, these remaining seats are occupied by the Pro-China parties.

When Hong Kong was handed over to China in 1997, they agreed that eventually all the members of the council will be elected by the people of Hong Kong, but that never happened. Since then, Pro-China parties have dominated the Legislative Council despite having never won more than 50% of the mandate.

First, the protestors came up with the demand to withdraw the Extradition Bill which has now been met. Second, is that the government withdraw its use of the word “riot” to categorize the protests. Rioting carries specific penalties and demonstrators reject the term because they say it gives police protection to use heavy tactics against peaceful protesters.

Third, they want immediate release of all the demonstrators who have been arrested and to drop all the charges that have been applied against them. Fourth, establishment of a commission to conduct an independent investigation against the Hong Kong Police brutality and the final demand, is to have Universal Suffrage (not China’s way) to legitimately choose their representatives.

This is not Hong Kong’s first protestagainst China’s influence, Hong Kong has been pushing back. In 2003, half a million people successfully fought legislation that would have punishedspeaking out against mainland China.And in 2014, tens of thousands of protestersoccupied the city for weeks to protest China’sinfluence over Hong Kong’s elections.

But this time is different, because of the people involved.Experts like lawyers and politicians are contributing but it is the young people who are at the forefront of these protests. All these marches are about a lot more than a legislation. It’s about the identity of Hong Kong and the amount of authority China has over it. It’s a fight to preserve the basic freedom and rights these people have. 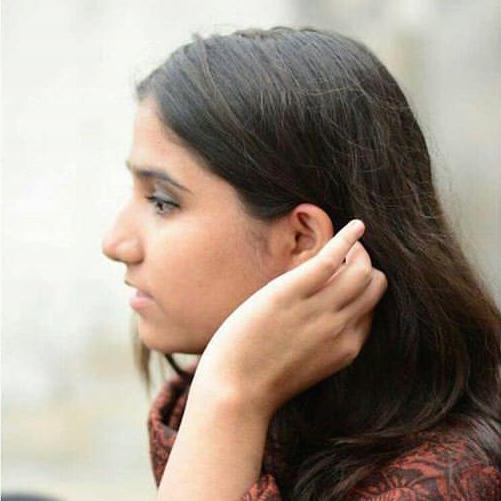 A Political Science Major with keen interest in Law & Social issues. An admirer of Bong Joon-ho’s filmmaking and a certified cat lady.