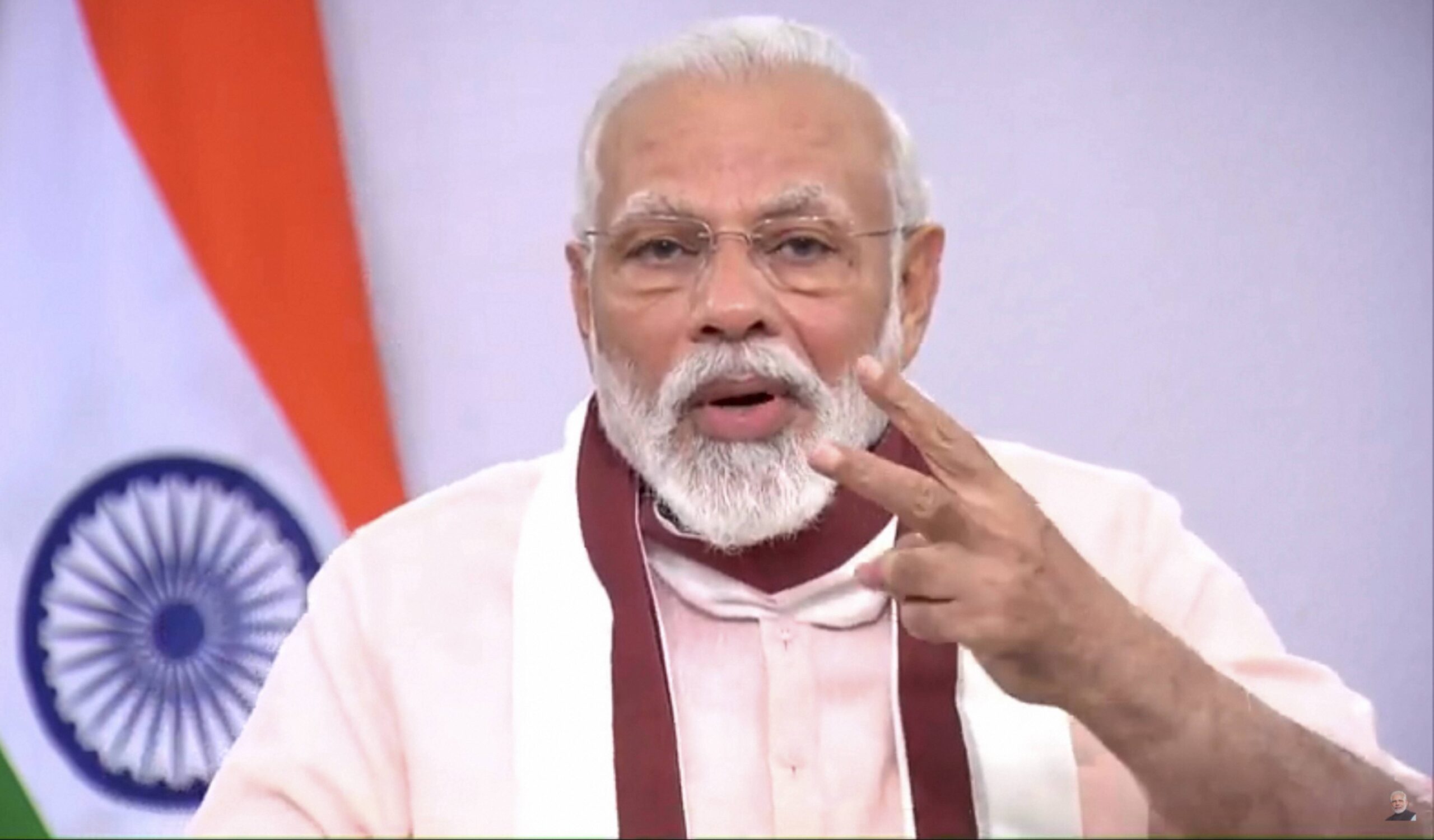 On 12thMay, 2020 the Hon’ble Prime Minister Narendra Modi announced an economic stimulus package of 20 lakh crore, which makes 10% of the country’s GDP, with an aim to deal with the negative impact of COVID-19 pandemic on the Economy and putting India on the path of becoming Self-reliant. The details of the package were given by the finance Minister Nirmala Sitharaman for the next few days and were divided into four tranches.

This package includes the liquidity measures announced by the RBI on 27th March, 2020 worth RS. 8 lakh crores and the fiscal package of 1.07 lakh crore under Pradhan Mantri Garib Kalyan Yojna announced in march. A bulk of this stimulus constitutes of credit facilities and as such the actual fiscal outgo is around 1% – 2%of the GDP.

The first tranche consists measures directed towards the revival of the MSME industry which contributes around 30% of GDP and 45% of Exports of the country and is a major job creator in the Indian economy as well as addresses the liquidity issues of the financial market complimenting the monetary measures taken by RBI in March.
It includes measures like emergency working capital facility for businesses worth Rs 3 lakh crore, however, these loans are likely to result in defaults because of a lack of incentive for the MSMEs to pay back the loans and for the banks to make sure that loans are  given to good companies, Subordinate debt for stressed MSMEs to keep them afloat, Funds of Funds for MSMEs strengthen their equity capital and reduction in PF rates to by 2% to provide relief to the employers and effectively increase the take-home salary for employees along with extension of EPF support provided to low income wages under Pradhan Mantri Garib Kalyan Yojna which is a welcome measure but not enough as MSMEs will still have to pay salaries and they can’t take loans for everything. To help MSMEs to compete with international companies’ global tenders will not be allowed for government procurement up to Rs 200 crore.It also addresses the liquidity crunch faced by the NBFCs/MFIs.

The government has launched a special liquidity Scheme for the same within which a Special purpose Vehicle (SPV) will be set up to manage stressed Asset funds by issuing interest bearing securities to be purchased by RBI only and the proceeds from it will be used to acquire short term debt of at least investment grade of eligible NFCs and MFIs and extended the partial credit guarantee scheme under which the government will cover 20% of the losses to the lenders. Adding to that liquidity injection for DISCOMs(Companies that distribute Electricity) and reduction in TDS/TCS are also a part of the package.

In the second portion of relief package announced on 14th may Rs 3500 crore was allocated towards free food grains for people who do not have ration cards for next two months under PMGKY, a provision of easy credit for street vendors through a scheme worth Rs 5000 crore which will provide 10,000 loans for working Capital requirements was made, a scheme to build affordable rental housing for migrant workers under Pradhan Mantri Avas Yojna was launched and states were directed to enrol migrant workers returning to their native places under the MNREGA scheme. Furthermore, NABARD will provide refinance support of 30,000 crore to rural banks for providing crop loans to farmers and a provision to enroll 2.5 crore farmers under the kisan credit cards scheme along with fish and live stock farmers to provide them with concessional credit worth Rs 2 lakh crore.
It also included interest subvention of 2% under MUDRA-Shishu loans  and launched a one nation one ration card scheme which will help 67 crore NSFA beneficiaries in 23 states to use their Ration cards at any shop anywhere by August 2020.

In the third tranche, several revolutionary agricultural reforms were introduced including some which were long pending. These reforms are expected to have a positive impact on the sector in the long run and medium run. A central law to permit and regulate barrier-free inter state trade of commodities has been elected which help the farmers to sell their product at much higher prices then within the current mandi system in addition to ensuring a legal framework which will oversee contract farming to protect farmers against price fluctuations by fixing the sale price even before the time of sowing and encourage the participation of private players to invest in this sector.
Additionally, the Centre has decided to lift imposition of stock limit on six types of commodities including cereals, edible oils, pulses etc. except in cases of National calamity, famine or high inflation.

This can have a negative impact on the small players in the market and inflation. Other than that, an additional 1.5 lakh crore rupees is to be invested in building appropriate infrastructure for fish workers, beekeepers, vegetable growers and other related farming activities.

The announcements made in the fourth and the fifth tranche involve major policy changes in some of the most important sectors including defence, aviation,space, power etc. The major privatization in these strategic sectors without giving away the dominance of the Government in the form of Viability Gap funding worth Rs. 8,100 crores.

The FDI limit in the defence sector is to be increased from 49% to 74% under automatic route and certain provisions to ban import of some weapons and to make separate budget for domestic capital procurement are also to be made in order to decrease the import bill. In the space sector private participation is being encouraged by easing geo-spatial data policy and allowing them to use facilities from ISRO and an additional amount of Rs. 40,000 crore to MNREGA is announced  to ensure employment for small workers. Another important  was the increase in states’ borrowing limit from 3% of the GDSP to 5% of the GDSP for the financial year 2020-21 as demanded by the state goverments.

The Atmanirbhar budget is a welcome step taken by the government but doesn’t seem to be directed towards dealing with the immediate economic crisis that will follow the COVID-19 pandemic but one which would have been in place even if there was no Pandemic. It has addressed several structural problems of the indian economy, however, one can not ignore the lack of short term measures to deal with the upcoming economic crisis due the coronavirus. Most of these measures are medium term or long term and has failed to find an appropriate solution for the ongoing Migrant crisis and the measures that are put in place are inadequate as the free food supplies for the migrants will come to end in june and has not been extended. Also,the budget doesn’t provide any means to directly boost the demand which might dilute the effect of the supply side measures that are taken by the government.