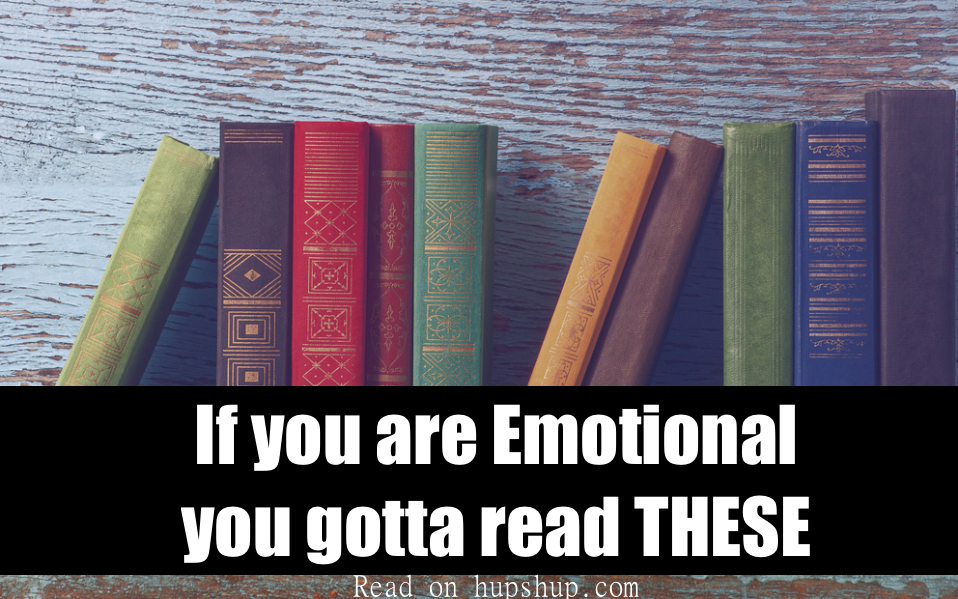 If you love reading and you are an emotional person, the following books are well worth reading at least once in your life!

Harper Lee is believed to be one of the most influential authors to have existed, published in 1960, it became an immediate classic of literature. The story told by the six-year old Jean Louise Finch, takes place during the years of Great Depression. Humor entwines the delicate strands of prejudice, hatred, love and innocence. Together, it creates one of the best novels ever written.

Harry Potter is a very famous character, but there are many who haven’t read the books of Harry Potter. One should read this series and join Harry as he begins his journey into the magical world. Also, one should visit Hogwarts to watch Harry grow into one of the most famous literary character.

There are some books that takes you through an emotional ride, where you feel happiness and uncertainty with characters, one such book is The Kite Runner, the debut book of Afghan-American writer, Khaled Hosseini. The book takes on a broad theme of love, life, brotherhood and courage. The Kite Runner has the power to make you thrilled and moved at the same time.

The diary is a raw account of a young girl’s life as she hides from Nazis and who, despite her circumstances still believes that people are good at heart and that the world is full of beauty. This book has the power to change the reader’s life.

The Help is a book that takes the reader through a roller coaster of emotions and feelings. A story set in 1960’s about black domestic servants working in English household and how one women works tirelessly. The author has written about the life of such servants, have given them voice that they never had and have brought them together in this book. The author is interested in the affection and intimacy buried beneath even the most seemingly impersonal household connections.

6. And the Mountains echoed, Khaled Hosseini

Khaled Hosseini is one such writer who can bring tears in your eyes, smile on your lips and fire in your heart yet can leave you wanting for more. He knows how to please a crowd and in his case, the secret ingredient might be intense emotions. And the Mountains Echoed is set in 1952, in Kabul, where a ten-year old Abdullah and his three-year old sister, Pari live with their father, stepmother and baby half-brother. This book shows a connection and a bond between a brother and sister even when they are separated by the world.

As it is always suggested to live in the moment, this master piece is an example of such saying. Dexter Mayhew and Emma Morley have only just met on the night of their graduation and tomorrow they will go on different directions. But after one day together, they cannot stop thinking about one another. The book shows the snapshots of their relationship on the same day – 15th of July – of each year for twenty years.

If you have a story that you wanna share, write it up and email it to stories@hupshup.com