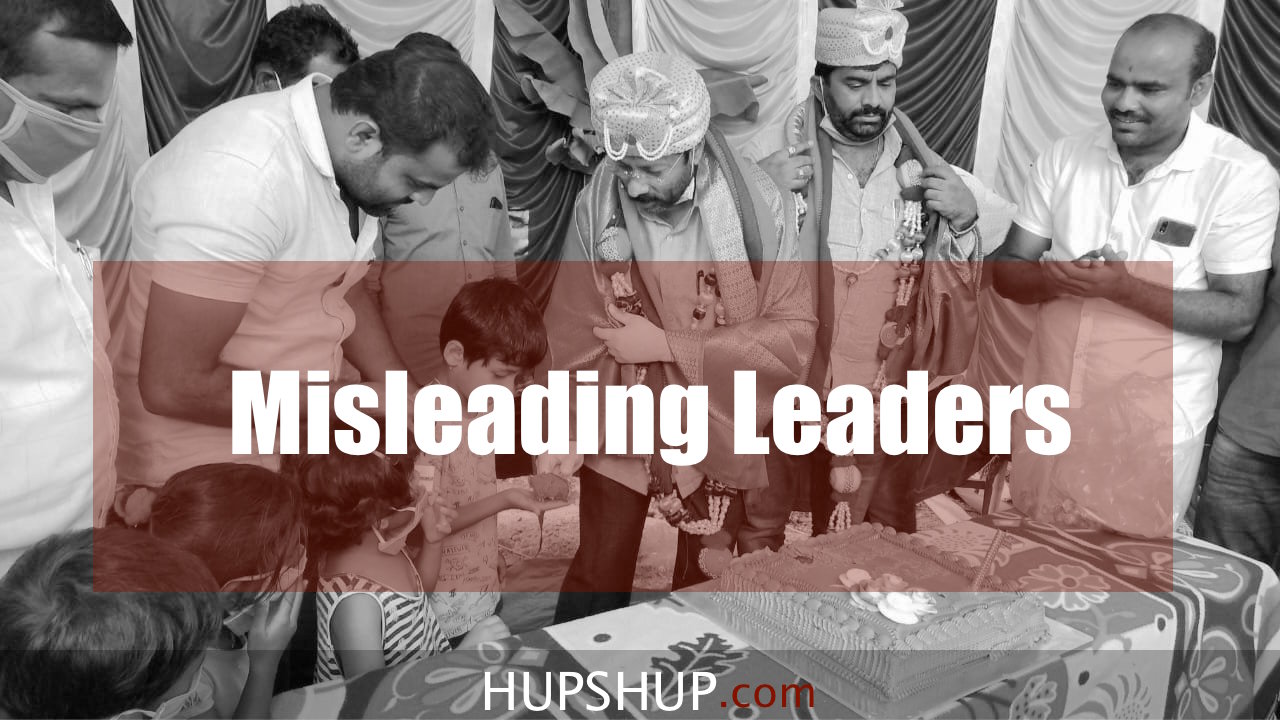 The article was published on 12th April 2020 and the stats might have changed, to view the recent figures, visit http://hupshup.com/covid-live-tracker/

A Bharatiya Janata Party MLA, M Jayaram from Karnataka celebrated his birthday with hundreds of supporters on Friday, in complete violation of the nation-wide lockdown and social distancing measures to fight the coronavirus outbreak as reported by NDTV.

M Jayaram, the MLA from Turuvekere in Karnataka’s Tumakuru district, cut a large cake and distributed it to hundreds of villagers, including children, in Gubbi taluk. Jayaram was seen wearing gloves in the tightly packed pandal erected for the celebration. The guests were also served biryani.

The state Congress demanded strict action against Jayaram, and tweeted that while Prime Minister Narendra Modi “preaches social distancing”, his party leaders are its “biggest violators”. “Are BJP members above the law?” the Congress asked.

Strict action must be taken against @BJP4Karnataka MLA Jayaram for violating Lockdown and hosting a birthday party, putting even children at risk.

While PM @narendramodi preaches social distancing, his party leaders are its biggest violators. Are BJP members above the law? pic.twitter.com/zpaPJr3C4M

Karnataka has over 200 cases of the coronavirus with six deaths, including one in Tumakuru district.

Several states have called for an extension on the lockdown, saying they would not be able to deal with a surge of cases.

Wardha BJP MLA Dadarao Keche on Sunday allegedly violated the lockdown norms in Maharashtra by distributing rations to the public at his residence to mark his birthday, according to several media reports.

At least one hundred people gathered outside the MLA’s residence to receive free grain before officials and police reached the spot and dispersed them.

WATCH | Amid lockdown, 200 people gather at residence of BJP MLA Dadarao Keche in Maharashtra on his birthday pic.twitter.com/7bHK70n829

However, Keche claimed that he did not call anyone to his residence to celebrate his birthday.” I distribute food to the poor and needy every year on my birthday. I was planning to distribute foodgrain only to 21 families,” Keche told this to India Today. “After doing that I left for a temple but then Opposition conspired and spread the message that I was distributing free ration to everyone. This resulted in a mass gathering.”

But Wardha superintendent of police Basavraj Teli told Indian Express Keche was home when the crowd gathered. “We have registered an offense in this regard against Keche.”

The situation is bad as it is already, STOP THIS MADNESS!