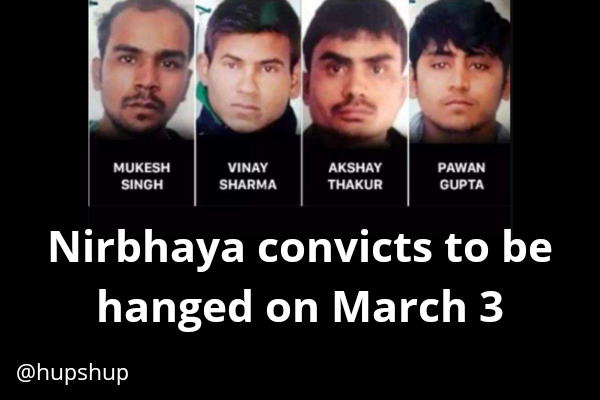 A Delhi court Monday issued fresh death warrants for March 3 at 6 a.m. against the Nirbhaya convicts.
The four convicts, along with two others — one of them a minor — had gang-raped the young woman and tortured her with an iron rod in a moving bus on the night of December 16, 2012.
The four convicts namely: Mukesh Kumar Singh (32), Pawan Gupta (25), Vinay Kumar Sharma and Akshay Kumar (31) were previously supposed to be hanged on January 22 and the exceution was further postponed due to repeated pleas by the defense. Nirbhaya’s parents have accused the legal system of being lenient to the perpetrators of the horrific gangrape and torture that had shocked the nation.